It’s Time for a New Kind of Post-Work Planning 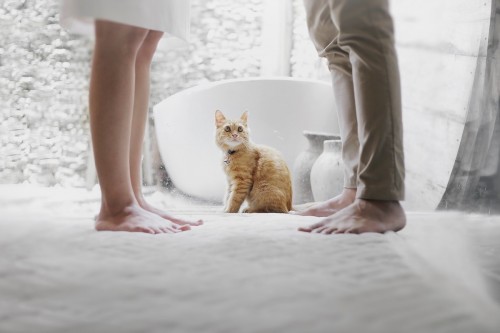 During your working years, retirement seems like a dream. It’s that glorious time on the horizon when you can spend your life in leisure with no cares in the world. Why, then, are many new retirees finding this phase of life to be confusing, frustrating or even downright miserable? The answer lies in the inherent flaws in traditional retirement planning.

Unhappy retirements are, typically, years in the making. What’s more, they have little to do with the financial fitness side of retirement planning.

Let’s consider a fictional couple we’ll call Bob and Julie. They both worked fulltime for forty years while raising three children and maintaining a home. Their lives were busy and stressful and, many times, they felt like ships passing in the night. Fast-forward to retirement and they suddenly have nothing but time to spend together. The trouble is, they barely know one another anymore. They focused on work and achieving their financial goals but neglected their marriage in the process. They lack shared interests and hobbies, and now they’re stuck in a retirement that doesn’t feel nearly as fulfilling as either had hoped.

Now, let’s consider another scenario. Nancy was a homemaker while Charles worked for thirty years. She handled the childrearing and he handled the finances. Charles worked hard and he and Nancy scrimped so that he could retire early, and they achieved their goal! Now, however, Charles worries they’ll outlive their money, so he keeps tight control over the purse strings, and Nancy complains to friends that she has to get permission to spend a few dollars on coffee with girlfriends. Instead of enjoying the fruits of their hard work and sacrifice, Nancy feels like they’re more worried about money than ever. They simply aren’t on the same page about spending money in retirement.

These are two common examples of scenarios that befall couples in retirement, but other types of challenges are prevalent, too. Oftentimes, it’s a spouse who won’t chip in around the house leading to an imbalance in the workload, or one spouse who says no to every social opportunity even though the other would love to spend more time with friends.

Here’s the unfortunate truth: traditional retirement planning makes assumptions that end up working against the best interests of many couples. These assumptions include:

The result of these assumptions is that couples go into retirement ill-equipped for the day today. Their finances are in order, but they have no written plans for how much time they’ll spend together versus apart, how often they’ll visit the grandkids or who will do the majority of the cooking. This leads to a steep learning curve that can cost couples valuable years to figure out – and sometimes the relationships don’t survive.

These days, many couples are turning to their financial planners for more than professional advice on asset allocation and growing net worth. Instead, they’re following a new set of retirement planning guidelines that focus on holistic wellness in retirement, rather than just healthy finances. These couples are approaching their planning with a new set of assumptions:

These new assumptions take into account that each spouse may have a different attitude or expectation regarding retirement, but also that these differences don’t pose problems unless they are ignored. It’s the process of identifying and discussing these differences on a regular basis that becomes foundational in planning a retirement that is fulfilling for both spouses.

If you’re looking forward to a retirement that is meaningful and that brings you joy, it’s time to think outside the traditional retirement planning box. Doing so can help you avoid common pitfalls couples encounter and reduce the possibility of guilt or resentment poisoning what should be an enjoyable phase of life.

As you and your spouse plan for a fulfilling, happy retirement, consider whether you might benefit from involving a third-party professional in the process. Opening up a conversation with your financial planner can be beneficial in truly preparing your marriage for this new season of life.